Thanks to Belmont and the Siemer Family Stability Program, Kathy was able to find a safe and stable place to live. Read her story, in her own words, about how Belmont was able to make such a difference in her life.

My name is Kathy and I am a 38 year-old single mom with two children. I moved here from Puerto Rico about two and a half years ago, and I had a very hard time finding the right people and places to ask for help.

Thank God that I eventually found some very good people to help me, people like Belmont's Amanda, who I met when I enrolled in the United Way-funded Siemer Family Stability Program. Amanda became one of the "angels" that I believe God put by my side. She has been a constant blessing for me and my family since the day we met.

I was jumping from shelters to poorly-maintained apartments until Amanda helped me find a decent apartment, assisted with a security deposit and moving expenses, and helped me to obtain some food and clothing for my children. Finally we had a safe place to live.

I so appreciate that Belmont has a program like this and a wonderful person like Amanda working in their organization. Amanda is not just a worker; she is making a difference for real families in real situations. She makes every case personal and goes the extra mile to help. My children and I will be forever thankful for all of the help that we received and the services that Belmont was able to provide. 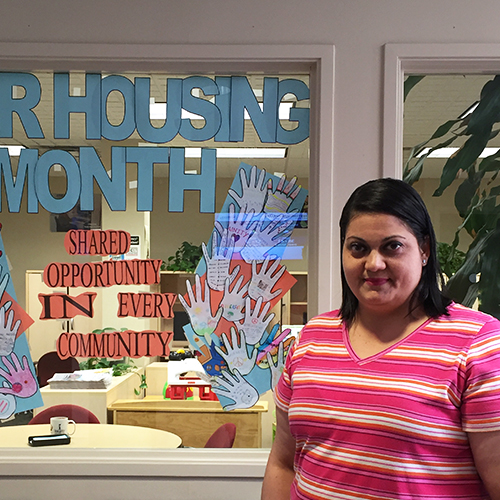 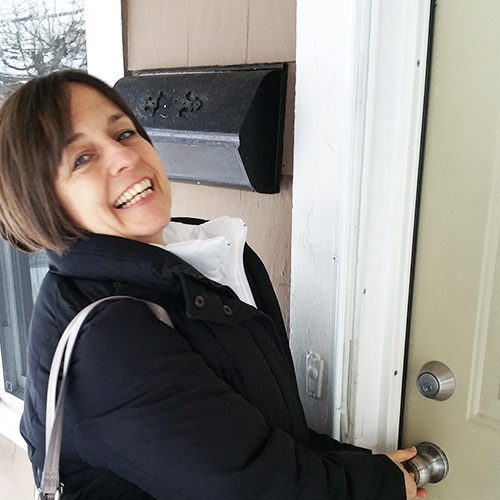 Paving the Path to Homeownership

When Serge and Chris Brillon first learned of Belmont’s Homebuyer Education Series, they had no idea that closing on their first home would quickly become a reality.

Serge, originally from Canada, had long been interested in learning more about the local real estate process, but as an entrepreneur and small business owner with wife Chris, it was difficult to find the time to navigate the abundance of information out there. A fellow tenant and friend shared his own success with attending the Homebuyer Education Series, and invited Serge to check it out.

Serge was in awe at how much he was able to learn about the entire home buying process. Working with Tracie, a long time Housing Counselor, Serge was able to establish and improve his credit. He took a series of two Homebuyer Education courses and he and Chris started to take their first steps towards purchasing their first home.

“I learned so much from the classes – Tracie was awesome! Even if you aren’t buying a house, there is so much beneficial information. Excellent course!”

Serge and Chris were able to take the skills and knowledge that they received through the program and navigate the home buying process. After searching for their perfect first home, they were able to find one they loved and closed on it earlier this year.

Financial Education helped Ana meet her financial goals, empowering her to tackle debt and save for her family’s future.

Just like Belmont, Ana’s family had a monumental 2015. Upon receiving her Section 8 Housing Choice Voucher, Ana moved into a larger apartment with a lower rent payment. It was during a meeting with a Belmont Family Self-Sufficiency Coordinator that Anna set a five-year action plan for her family. Her first goal was to get her financial house in order, and she accomplished this through Belmont’s 12-Hour Financial Education Workshop Series.

“I realized quickly that to begin meeting my goals I needed to get organized and develop a family budget.”

Ana’s family is one of 400+ students that attended Belmont’s Financial Education classes during 2015.

She soon found employment and began paying off her debt, beginning with a past due utility bill. Each time a debt was paid, she applied the savings from that previous debt to her next debt. This debt payment method was highlighted during the series. “Now that I had a plan I was able to save money and improve my credit score.” She ended 2015 with a goal to pay off the remainder of her debt with her tax return—a skill she learned during a SMART Goal planning session held during the series.

Thanks to Ana’s hard work and perseverance, her financial house is now in order and she is on her way to her ultimate goal… home ownership.

*Update—Ana successfully paid off $5,000 of debt with her tax return and was able to open a bank account and obtain a secure credit card.* 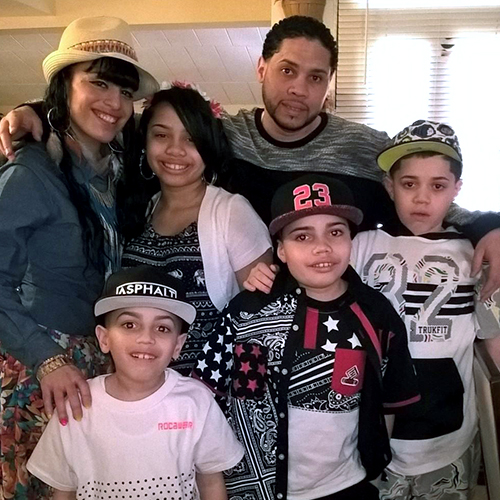 During the 20 years that Caryn had been a homeowner, she never had a problem paying her mortgage. A talented artist and pillar of her community, Caryn’s financial status changed for the worse when her husband walked out taking a majority of the household income with him. Although she created and taught art, even owned and operated a small business, she just didn’t earn enough to pay the entire mortgage.

She tried to apply for a loan modification on her own but found the process confusing. She was unsure how to verify all of the required income information and she had no one to ask. The result was predictable: her application was denied several times due to inadequate documentation.

Fortunately, Caryn heard about Belmont’s Foreclosure Prevention Program and contacted Colden Ray who helped her prepare and submit another loan modification application. Within six weeks of submission, Caryn was offered a trial modification. After she made each of her three trial payments early, she was awarded a permanent loan modification. With a new monthly payment that is $150 less than the old, Caryn is confident that she will be able to remain current on her mortgage in the future, and even add a little something to her savings each month.

Each foreclosure that is prevented stabilizes not just the housing and life of the homeowner; it also strengthens the fabric of the entire neighborhood.

Lives changed. Why is our work at Belmont Housing Resources so important?

Because it is so much more than an affordable home. It's about families, neighborhoods, schools, and healthy communities. It's about the lives that we impact through our programs and services on a daily basis.

Did you know that stable and affordable housing is shown to be a platform for higher household incomes, stress reduction, improved overall health, and enhanced academic success in children?

It's amazing how one seemingly simple concept can provide a true foundation for expanded opportunity. Our many programs and services support the families across Western New York who need it most.

Join us in our efforts to change lives in WNY by making a tax-deductible donation today.

The Housing Resource Center, located at our Central Office, is open 9:00 AM to 5:00 PM on weekdays. Visit our housing resource center, talk to a housing counselor, drop off paperwork, or use our computer lab. Our building is accessible to persons with disabilities and accommodations can be made for people needing additional assistance with language needs.

Thank you to The Western New York Foundation for their generosity and support.